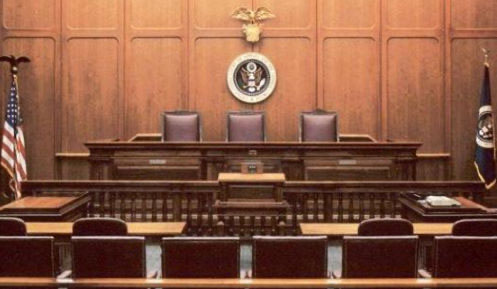 It’s been a long time in coming, but alas, the people’s day in court is set.

The lawsuit filed December 31, 2019, contesting the results of the 2019 Fredericksburg City Charter Fluoride Amendment Election is finally headed to trial! After a lengthy time of obtaining discovery with delays due to the Covid shutdowns, and other issues, and the tedious, time-consuming task of pouring over thousands of pages of document evidence, the case is now scheduled go before the 216th District Court in Kerrville on October 10, 2022.

Interestingly, two weeks after the judge announced the date of the trial during a status meeting with the lawyers on July 20, 2022, it was reported that the Gillespie County Election Administrator, Anissa Herrera had resigned, followed by Terry Hamilton who is now running for local office and then shorty thereafter, the one remaining part time staff person resigned as well.

Subsequently, following the coverage of the news of Herrera vacating her position in the local Fredericksburg Standard, there has been a synchronicity of publicity surrounding the resignations. It seems the local news story is circulating nationally repeating the same inaccuracies and the unfounded claims of harassment, threats and social media intimidation made by Herrera in inflammatory rhetoric. The local paper failed to do due diligence to properly and thoroughly investigate the facts, unfounded claims, and allegations in order to present their findings in an unbiased responsible manner. However, a more complete picture may soon unfold.

We the People deserve lawful, fair and verifiable elections. The Texas Election Code Watcher provisions ensure transparency and are important fraud prevention measures. What happens to the integrity of the election when these mandatory election laws are ignored?

The 2019 Fluoride Election Contest has been filed alleging election officials violated numerous mandatory constitutional and election laws, and that the Election results should be declared void due to mistakes, illegalities, and/or potential fraud.

Though this was a city election, it was conducted by the Gillespie County Elections Department headed by Election Administrator, Anissa Herrera, and Central Counting Presiding Judge, Terry Hamilton.

Official Poll Watchers present at elections held after the 2019 Charter Amendment Election contend that many of the same issues have since continued to plague the Gillespie County elections despite repeated direct communications to Anissa Herrera from the Secretary of State warning of the violations.

As a witness and official watcher for the contested 2019 Fluoride Election, I filed this lawsuit together with watcher and precinct Judge Jerry Farley in order to restore election integrity and confidence in Gillespie County. Election integrity affects us all and is unquestionably worth fighting for.

If the judge finds that so many material illegalities occurred and the election results cannot be ascertained or validated, the court has the authority to declare the election void, and a new election could be ordered.

Will we perhaps kill two birds with one stone: Restore and ensure election integrity, and eliminate fluoride from our community water supply in a new election?

We are currently raising the necessary legal defense funds for this Court Case. If you wish to support our efforts and are able to do so, any contributions small or large are greatly appreciated!

For further information regarding the lawsuit and/or to make a donation please go to:
fundrazr.com/cleanwater

Contributions by check may be made payable to Jeannette Hormuth and mailed to
206 East College St., Fredericksburg, Tx 78624

All proceeds go toward the legal fund for this case

Get details about the lawsuit.

Meanwhile, I ask for your prayers that truth and right judgment may prevail and that our city and county may uphold the rule of law, the moral law, and the values to which we are all called.